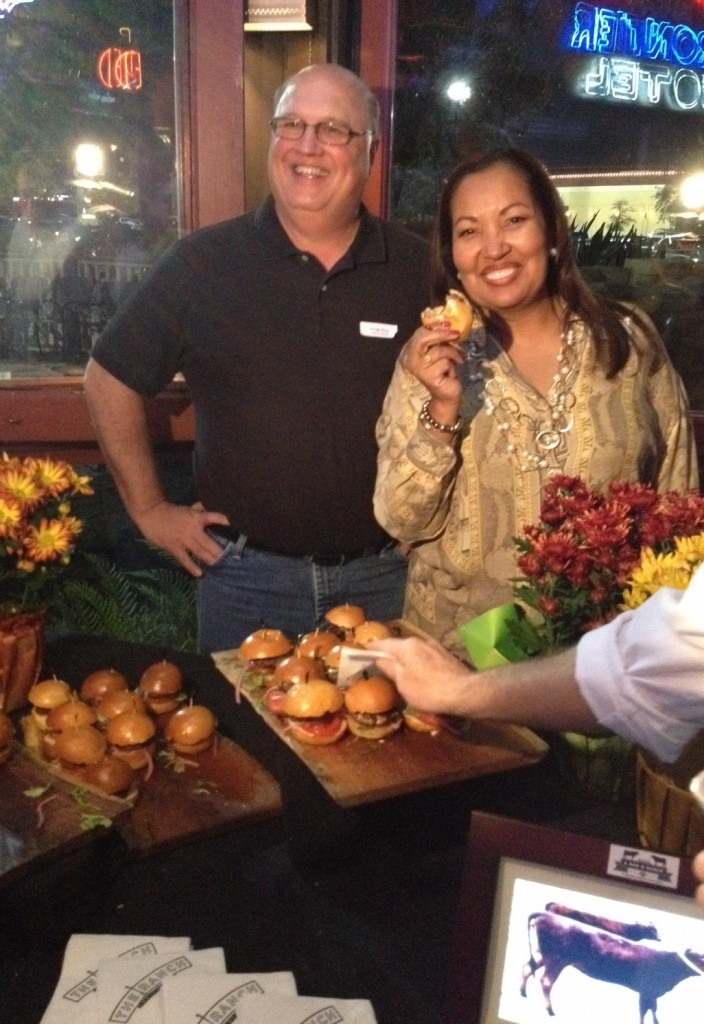 The Ranch at Las Colinas drew a huge crowd last night to its 4th annual Farm to Fork Showcase. The event not only celebrated the restaurant’s locally sourced cuisine but also its fifth anniversary.

There were farmers, ranchers, fishmen, bakers and other food and drink suppliers on hand as well as a few live animals such as Jake the Longhorn, a horse, some pigs and a few sheep.

“This is our way of saying ‘thank you’ to the farmers and vendors who work so hard every year to provide for us the best products in the state,” said Judd Fruia, director of operations of The Ranch.

Irving Mayor Beth Van Duyne stopped by and Catherine Whiteman of ICTN taped an interview with corporate chefJohn Franke for her About Towne show.

The Ranch at Las Colinas is at 857 West John Carpenter Freeway at MacArthur Boulevard. Call 972-506-7262 or visit www.theranchlc.com or www.facebook.com/theranchlc.